The warp maven battles atop her storage container, enemies ablaze all around her.

The blademaster, who seems to value the blood of his opponents above most else, has left behind a circle of foes, some of whom still burn. He now faces the Archon of this raiding party, who has just sprayed him with a foul liquid liquid that eats through armor & flesh. He felt it enter his system, but he’s from sturdy battle-tested stock, and was able to withstand its poisonous corrosions.

The scholar warrior has fallen, cornered by multiple foes in a side room and sliced with their ultrasharp xenos bayonets until he could stand no longer. To his surprise, through his haze of pain, he found himself being bound rather than dispatched to the Emperor’s bosom. Unfortunately, his vast knowledge includes the rumors of what Dark Eldar take great pleasure in doing to their captives. Blessedly, he knows only vague rumors and no specifics, as he lays there watching his blood expand in a pool around him & left to imagine his grisly fate.

Intermittantly, various Acolytes have seen dataslate-sized rubble flying out of the darkness at their foes. They have suspected it is the spirit of Vogel, for they’ve also heard hiss voice urging them to hold fast, for he has alerted the only help there is.

The Space Marine Brother-Sergeant Agamorr joined the battle, seemingly risen from the dead. The deep loud thumps heard by the cell were charges he used to breach the deck, from a defensible room he had been able to fight his way to but had then been trapped in. The Space Marine’s armor is a wreck, deeply scored with claws and leaking fluids from many places. His Thunderhammer is completely coated in alien gore & drips ichor. 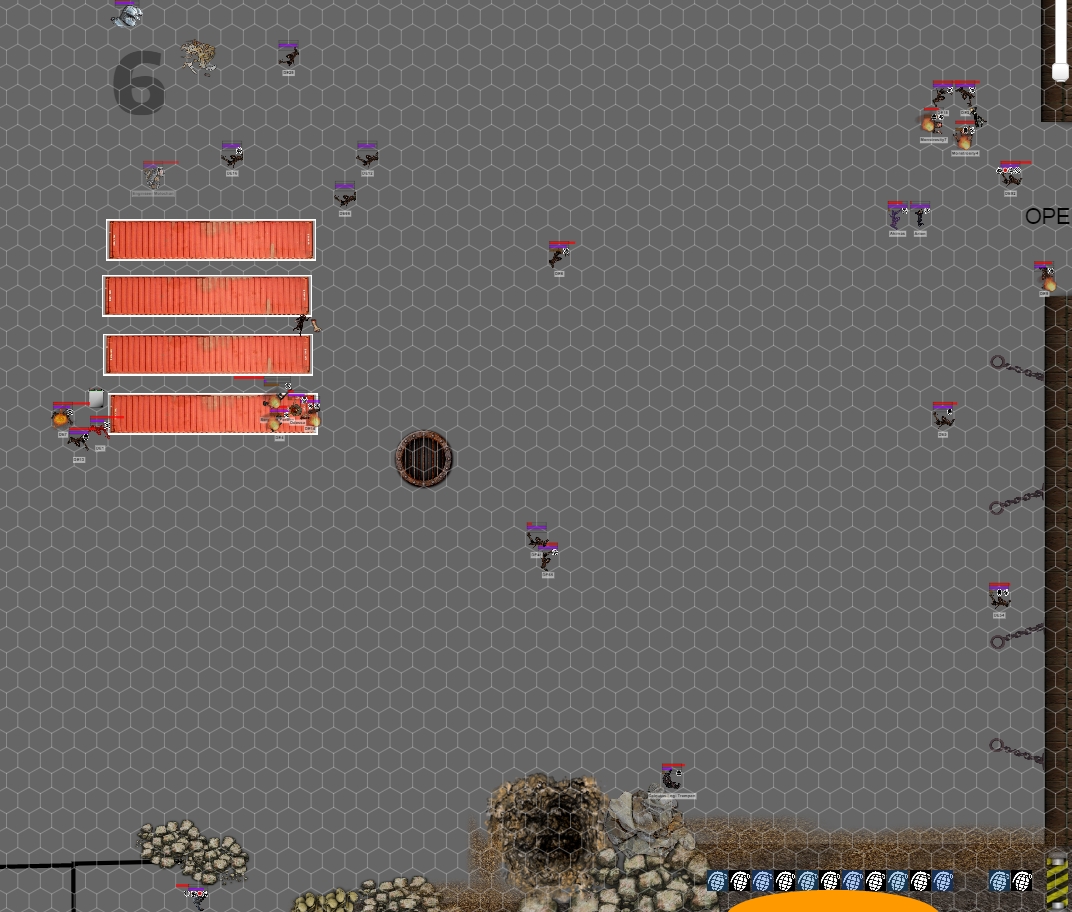 The Demise of Akirvas, the Pyre of Fehndahl & the birth of Sciscitatio I really thought the Brother-Sergeant would say goodbye

The Acolytes Spread the Emperor's Light in Hold #6 Who knew Eldar were so flammable?

Inquisitor Adorjin, the Luminous Reproach, the Liber Daemonica & the Kabal of the Crimson Woe Starting combat in cover has its advantages