After vanquishing the foul servitor Odessa and I proceeded to search the offices for the information we needed. I failed to find anything relevant but Odessa discovered some documents and a few data slates that we shall inspect at a later date to determine the contents. She also found a strange weapon magazine that I expertly determined was a shotgun magazine. Odessa also searched under the rugs, in the plants, and between the couches finding a few mags for an autopistol and a key to an unspecified door.

We continued to look around until we found a corridor with a large hole in it we determined that it would be best to go back and check on the other acolytes. Coming back to the main room we learned that the warp whirlpool thing was growing bigger. We decided that letting the two poor schmucks out of the cell would be advantageous to use seeing how Intios and Arion were down for the immediate future. After a short conversation we discovered that they were Port Gyre hanger guards and had been there for a few weeks. One was named Iacopo Salucci and the other was named Tilusch Kaunitzer. 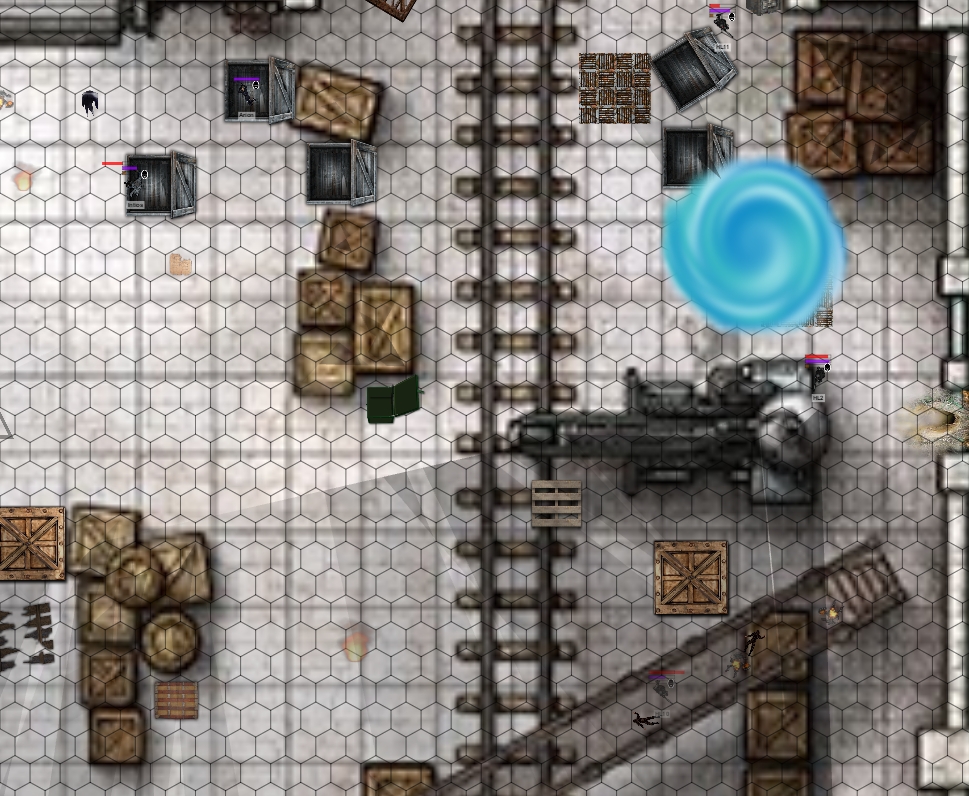 Just as we were unlocking the two in the cell and arming them, the void whirlpool moved over a body and created this foul zombie warp monster. The zombie chased Kaunitzer after he put a full auto burst into the monster and Kaunitzer decided it would be prudent to run away. As Kaunitzer ran away Odessa and I fired on the monster until we downed the creature. Odessa identified the whirlpool as a direct portal to the warp. We decided that it would be best to evacuate the unconscious acolytes before the warp whirlpool got worse. On our way out Odessa discovered a strange box that showed obvious signs of the warp taint. We decided that it would be a good idea to take it with us.

Going the only way we thought we could get out we went to where the large gap in the floor was. As we looked down the corridor at the very edge of our vision we spotted a large hammer from those large hammer gangers. Deciding that I would be the best for crossing the gap alone due to my past training I hooked up to the grapnel and line and made the jump across. After landing on the other side I unhooked and sent the harness back over. I proceeded to check around the corner finding only the hammer and not the ganger that usually carried it. Taking turns swinging across the gap we got the entire cell across the gap but unfortunately we had to leave the magnetic grip of the grapnel and line behind. We carried Intios and Arion down the hall and sent Odessa forward to scout ahead to make sure we didn’t run into any unexpected surprises while we carried the other acolytes to safety. 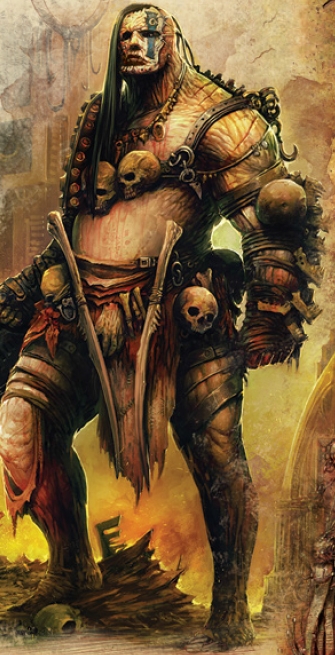 Odessa reported that she heard sounds of a melee going on ahead in the path. Odessa and I scouted forward and saw that the large hammer guys were fighting with these very shady characters. Taking advantage of the fight between the two groups we took the unconscious acolytes down the hallway until we encountered a group of five people two of them hammer guys, the other three were the other gangers. They were in our way and we don’t tolerate people that get in our way. I threw a grenade down the hallway into the middle of them killing a few of them and kicking off combat. I tried to stop one of the gangers from running away and maybe see if they weren’t hostile but they failed to heed my commands and ran anyways. During the combat Odessa exploded out in a huge wave of electricity disabling my weaponry and arm. Soon enough I regained the use of my arm and weaponry and we made our way out of the manufactorum.

I remembered my way back up to the Arbites stronghold and after some careful navigation we managed to escape the manufactorum with everybody intact and some of the information that we needed.

Karpath, your superiors at the Holy Ordos will be pleased with the thoroughness of your reporting.

Tilusch Kaunitzer: A 40k Love Story, or How Kaunitzer Ended Up With Salucci in a Cage There's no happy ending among the stars, only the laughter of thirsting gods.