From Those Left Behind to The Path of the Setting Sun...and back again

Finding a Barabbas in a haystack 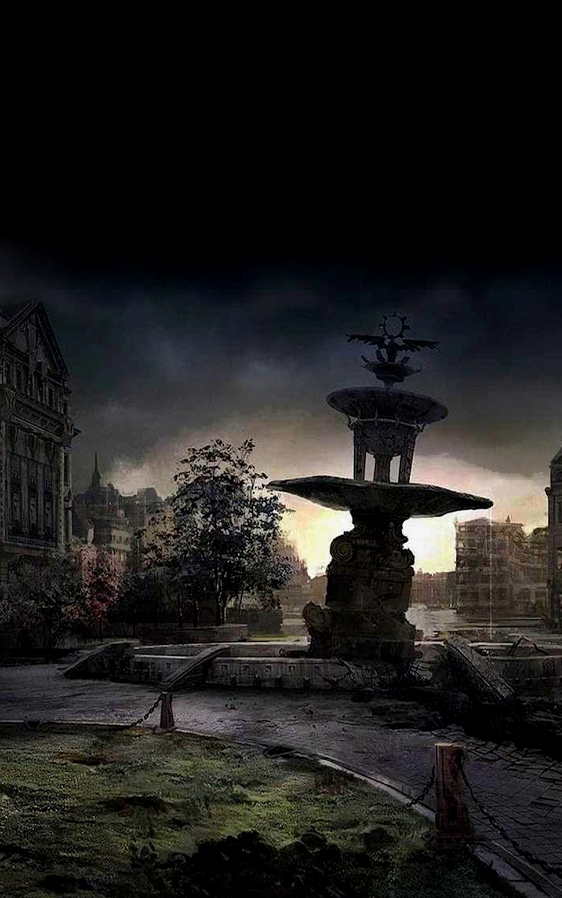 The explosion of the night before, combined with burning bodies on the morn in Apker Square, had the attention of what local denizens remained. The Acolytes of Sciscitatio approached a small group of eyes peering around corners from one of the Square’s edges. While most scattered, B’ahb remained…his hunger exceeding his fear. However, the Inquisitorial agents had not brought any provisions with them into District II and so had none to barter with. Arion lost patience with the doomed negotiation and took a harder line. B’ahb fled into a building and the Cell gave chase. Eventually running him to ground, he confessed that he knew little of the newly arrived cult members, but a local that went by “Balasus” might. He provided directions to Balasus’ hab, pleading that they not reveal his complicity.

As described, it was an unusual free-standing large hab dwelling several blocks off Apker’s Square. Behind a shotgun through a gun-hole in his front door, Balasus was open to trading information for llo-sticks, though Acolyte Karpath only had a small fraction of the agreed amount in the bundle he tossed against the door. The local had only basic information about the relative newcomers that obviously were living in Taahammie Hall. However, he did confirm that there was one who appeared to be of a particularly young age that would match the Barabbas they were looking for.

The Cell then departed for what seemed to be the headquarters of the local gang they encountered a day earlier, Those Left Behind. Less than two hours later they had hoofed it to that notable building that split the main street, and noticed that it said “Denita Corp.” on the side. Next to the slightly rusted lettering was an icon that consisted of a collage of building tools. They were once again taken underground to Urok’s receiving chamber, returning for the duel they’d agreed to, which was partial payment for permission to traverse the gang’s territory. 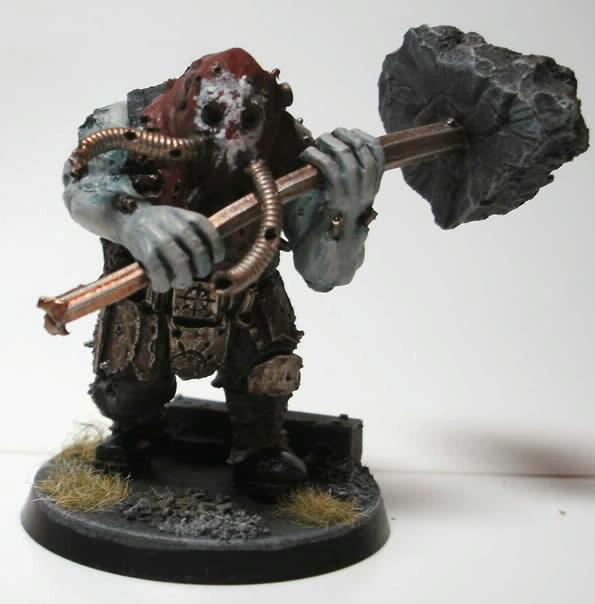 Urok had already learned of their discovery in Apker’s Cathedral and was now far more interested in who had committed this act against the local population in his territory. (The Cell’s protection payment from the day before was therefore substantially refunded.) His men had found two of the cult’s members heading to Apker’s Square and had captured one of them. The other had been quite lucky and managed to slip away from the ambush. The hulking Ogryn wanted the Cell to question the one he had in captivity.

Revivalist Jakusch was tied to a chair in a cell and it was quite obvious that his brief captivity had already not been kind. The Cell was not able to intimidate him into revealing anything more than his name, getting the impression that Jakusch felt his near-term destiny was already written. They decided against applying coercive methods to forcibly extract the information they sought.

Egressing what appeared to be a confinement floor with quite a few doors, they noticed one other door being guarded, as Jakusch’s was. They questioned the guard regarding who it was, and briefly entertained pursuing it before heading back to the reception chamber.

Urok made clear he now wanted them to find out all they could about what happened in the Cathedral and report back to him. They agreed and, upon request, were told where the ambush of the cult members had taken place earlier that day.

After a couple of hours hike they arrived in the described location, a run down neighborhood that was clearly not that attractive even before it had been abandoned. They were surveying for tracks and any other leads when, from a vantage point, Intios spotted a group moving South. Using optics it could be seen that there were three figures bound & wearing odd headgear along with nine escorts. The Cell tracked them for quite a distance, finally watching them approach what their map told them was Sabbatine Bridge. This suspension bridge spanned a river, but there was a building structure built into the underside of one end of it – and it was this that the group disappeared into. Kaunitzer spotted what appeared to be sentries above the structure on the outside girdings of the bridge. Sciscitatio traversed the bridge’s length unmolested and continued a couple of kilometers down the road to a small settlement. They secured lodging for the night at the Louvenia bordering house.