Meeting with the Rag Court

Sometimes a tactical retreat is necessary.

After putting out the fires caused by the purple embers, we were taken by the Undertow to meet the Rag Court. There we meet Tiber, Hesul & Scorn. The Rag Court gave us permission to take a closer look at Callisto’s hab and also said that there was an incident at a local bar called the Worm’s End.

Callisto’s hab was ransacked as expected. There were a few personal items around but not many more leads. We put the items into a box and worked our way to the Worm’s End. Upon entering the bar, we discovered dead bodies all about. We identified the ones we could with their personal ID’s. We found a poor quality pict recorder that showed images that were just a couple of days old. Then there was a strange gap in the recording. After the recording resumed, we could see the bar was torn apart as it is now. Before the end of the recording, we could make out one person who had been hiding underneath a booth. He seemed to get out of the bar unhurt. We also discovered a bar tab within. We were able to discern that at least three of the people on the tab were killed at the scene. Maybe the last survivor shown on the pict recorder is one of the people on this tab.

We decided to take what clues we had back to Haarlock’s Folly. On our way back to the pier, where our boat was waiting, we ran into what seemed like some Undertow gangers. When we asked for directions, they just laughed at the idea of the Inquisition being lost. Those apparently were his last words as Arion drew his sword and cut him down immediately. A gun fight ensued as both sides traded las and solid projectile fire and a few long grenade throws. 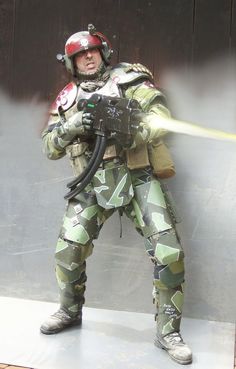 Arion was able to run around the building and flank the gangers from the back. It was at this moment that Barabbas tried to invoke some sort of power but instead, caused an explosion that affected everyone within a few meters. After we dispatched the initial set of gangers, we could clearly hear the sounds of battle behind us getting closer. We decided to move away from the battle but ran into another set of Undertow gangers.

This time their grenade tosses were more accurate. Barabbas and Kaunitzer took the heavy brunt of the blasts. Karpath and I decided to grab some cover while Arion again ran around the back side of the building to confront this new set of foes. When our skirmish ended, Barabbas was barely hanging to life and Kaunitzer was no longer breathing. Karpath decided to put both the bodies over his shoulders and carried them off. Arion was able to take a quick look at the battle behind us and believed it to be the Undertow versus the Enforcers just like our initial encounter in the canal.

When we reached the pier, Ardite was not in immediate view. There were some people waiting around the docks so we decided to have Ardite meet us a bit upstream. Luckily our trip back to Haarlock’s Folly was uneventful.

Upon returning to the Folly, we were formally introduced to Kensong, a member of the Cult Mechanicus that was working in the precinct. We asked him to take a closer look at the pict recorder that we found at the Worm’s End. Constantine was away from the Folly but we were able to debrief him when he returned the next day. Constantine confirmed that there was a battle between the Undertow and Enforcers in District XIII. He then told us that Kensong was found near the old Arbites precinct that had been destroyed by the Logicians. Kensong seems to have lost his memory but Constantine believes that Kensong was meant to serve a higher purpose such as the Inquisition.

With Kaunitzer dead and Barabbas in critical condition beyond our medicae skills, Kensong has now temporarily become a part of our Scisitatio cell. With our new member now in tow, we decided to follow up on further clues. We asked Constantine to set up a meeting for us to meet both the Enforcer General Khan and the Quorum. We were able to get appointments to see them tomorrow.

With some time on our hands, we did take another look at the third floor of the Folly. Arion was looking for possible mirror fragments but we did not seem to see any. Our next clue took us to Viscount Hiram Sur’Seculo’s hab within the Shadow manses. This murder scene was fairly intact. There were signs of the door being forced open and blood at the scene. Whatever evidence that may have existed was already combed over by the Arbites or possibly the Enforcers.

From the Shadow manses, we then went to the local PDF barracks. The barracks were run by PDF Provost Marshall Georga Gottay. Maybe we can find some insight into this conflict between the Enforcers and Undertow.

rip
Kaunitzer
died by over kill

Slaughter at The Clockwork Court This is unlikely to have a calming effect on the city.