The Beating of Tiny Wings 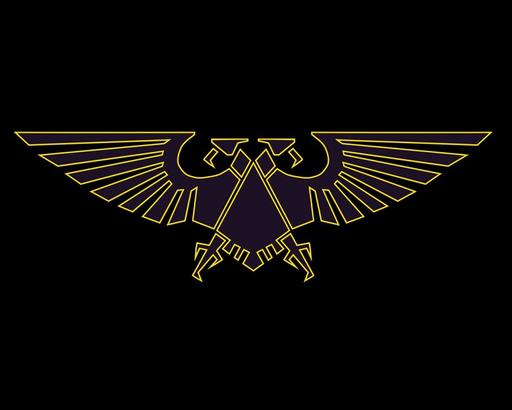 The lone remaining figure in the room, besides the assassin, had just blasted away a panel of the tank nearest the open doorway…and the buzzing was now nearly deafening. Sensing that what had just been freed were not the honey bees of Holy Terra, Arion without hesitation bolted for the other door in the room, which was on the opposite side of the damaged tank. Close on his heals the figure followed. Relieved to find the door unlocked, the acolyte rushed through and his shadow 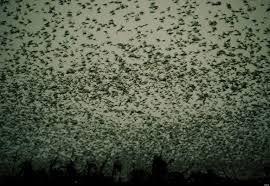 unsuccessfully tried to push past him. Arion efficiently cleaved down his unwanted companion. He then closed the door & pushed the body against the door, in order to delay the ingress of the small uncaged creatures.

He found himself in a corridor with three doors, only one of them open. The first door on the right he noted was different, like a laboratory door that looked possibly capable of being sealed. Inside were multiple humanoid skeletons, long picked clean. The next door on the left was a normal interior door but had a crude wooden guard nailed to the bottom of it, as if to perhaps reinforce the lowest one foot of it. Inside the 10×6 meter room were multiple large mounds of branches, bramble, leaves & dirt…of far more interest though, was these mounds were moving. Actually, they were more trembling, as if something – perhaps many somethings – were moving inside them. The acolyte closed the door and quickly moved on.

At this point, he noted that a few handfuls of the small creatures were attached to the body pressed against the door, presumably feeding on it. They

were Arion’s first clear view of the creatures. One of them was perhaps about 2-3 inches long & had teeth, as well as fangs, on their hairy many eyed face. Their fangs were embedded & the body already appeared slightly smaller somehow. He also noted three large bags, of some composite plastic material, hanging on the wall in the hallway.

He checked the last room on the right, the only door that was already open. It was another laboratory-like door with more bones inside. Noting the buzzing was getting louder & more stray creatures were starting to appear in the hallway, Arion stuffed the first two of the hanging bags into the third and then climbed into it himself and zipped it closed. Near the zipper was a micro mesh that thankfully allowed air into the bag, but did not afford seeing out of it. He could feel the small creatures alight on the bag and began rolling around to at least dislodge them, with hopes of perhaps smashing a few…though it was impossible to be sure of anything outside of his body bag.

Back outside, Odessa & Intios were battling a fresh wave of foes that had come in through the building’s main doors. They were taking fire from the large anteroom in the direction of the street outside. The warrior adept let fly with a grenade that landed true and freed the pair of acolytes from the shotgun fire from the large room’s nearest corner. Intios was ignored minor injuries, and the two advanced to that corner themselves trading fire with more human Underhive vermin that was using the rubble in that room for cover. Intios was lighting up the room with lasfire & the Emperor’s warpish maven creating flares of bio-lightening…forcing their foes back. Forty seconds, gunfire & a few grenades later and the foes were driven back out of the office main doors.

Back in the feeding zoo, Arion had struggled to his feet, still inside the bag and was awkwardly hopping/waddling his way in the direction of his compatriots. He somehow managed to make it to the closed door with the body against it. Unzipping his bag a few inches, however, he saw that it was now just loose skin draped over bones. He reached his arm out of the bag enough to open the door and it was attacked by a dozen tiny fangs. They failed to find purchase, however, through his armored bodysuit and he flung open the door. He brushed off the fanged pestilence, zipped his bag back up and waddled back into the room with the tanks – the creatures in the other still intact containers seemingly quite agitated. Arion updated his colleagues on his position & situation. Intios & Odessa together grabbed a body from their handiwork in the hallway & carried it to the closed door that separated them from the assassin. Odessa quickly opened the door & they heaved the body inside as far as they could & reclosed it. Their toss wasn’t everything they dreamed of but it did the trick. The creatures descended on the fresh meat enmass. Arion, knowing he didn’t have long, artlessly lurched inside his bag towards that door to freedom. There was just enough time, as they drained every drop of liquid from the body, for Arion to leap out of his now unzipped bag, out the door and slam it closed.

Knowing the small creatures could make their way under the door, they all sprinted for the truck, where Terlian was keeping an eye on it. In the truck, they managed to lure the swarm out of the town so they could go back and inspect the lair more carefully. Arion found papers in the desk with the tanks that confirmed that the man he’d cut down there was Rolando, as well as an encrypted dataslate. They were also rewarded with a dead sample or two of them on the floor inside, which they scooped into bags.

Now having gotten several looks at the buzzing creatures, though at somewhat of a distance, Intios shares with the group that he believes them to be Xothic Blood Locusts. They’re a proscribed xenos species accidentally discovered by a Rogue Trader named Xothic, who unknowingly spread them to several planets, which were subsequently consumed completely after they quickly bred into the millions. After the Inquisition executed Xothic these planets were purged of the buzzing curse from orbit & it was hoped all were accounted for. Intios had heard rumors that there was black market trading in them, since they were essentially bio-weapons…nature’s exterminatus…and from what he understood, the Cell was enjoying the Emperor’s blessing to have come away virtually unscathed by their encounter with them. He suggested that Rolando seemed to be breeding them.

The Cell made their way out of the Underhive, dropping off their local “friends” on the way. They returned the truck, but were taken into custody by the Magistratum at the portal after a mandatory search turned up the dead xenos samples. The Cell maintained their cover claiming they’d driven through a swarm without incident and had picked up a couple dead ones off the windshield. The Magistratum was dubious of Arion’s story and contacted the Inquisition.

Shortly thereafter, Acolyte Raneiro Bassi of the Ordo Xenos arrived at their Magistratum with his clerk Valentijn. The Cell, without yet revealing themselves, insisted on a private conversation away from the Magistratum. Bassi warned them that if they were wasting his time, he would have them interrogated & summarily executed – but arranged for their transport to an Arbitrator’s precinct in the Middlehive. There they revealed their true identity to Acolyte Bassi & told him their Underhive story including the now confirmed Xothic Blood Locusts. He thanked them for the information & released 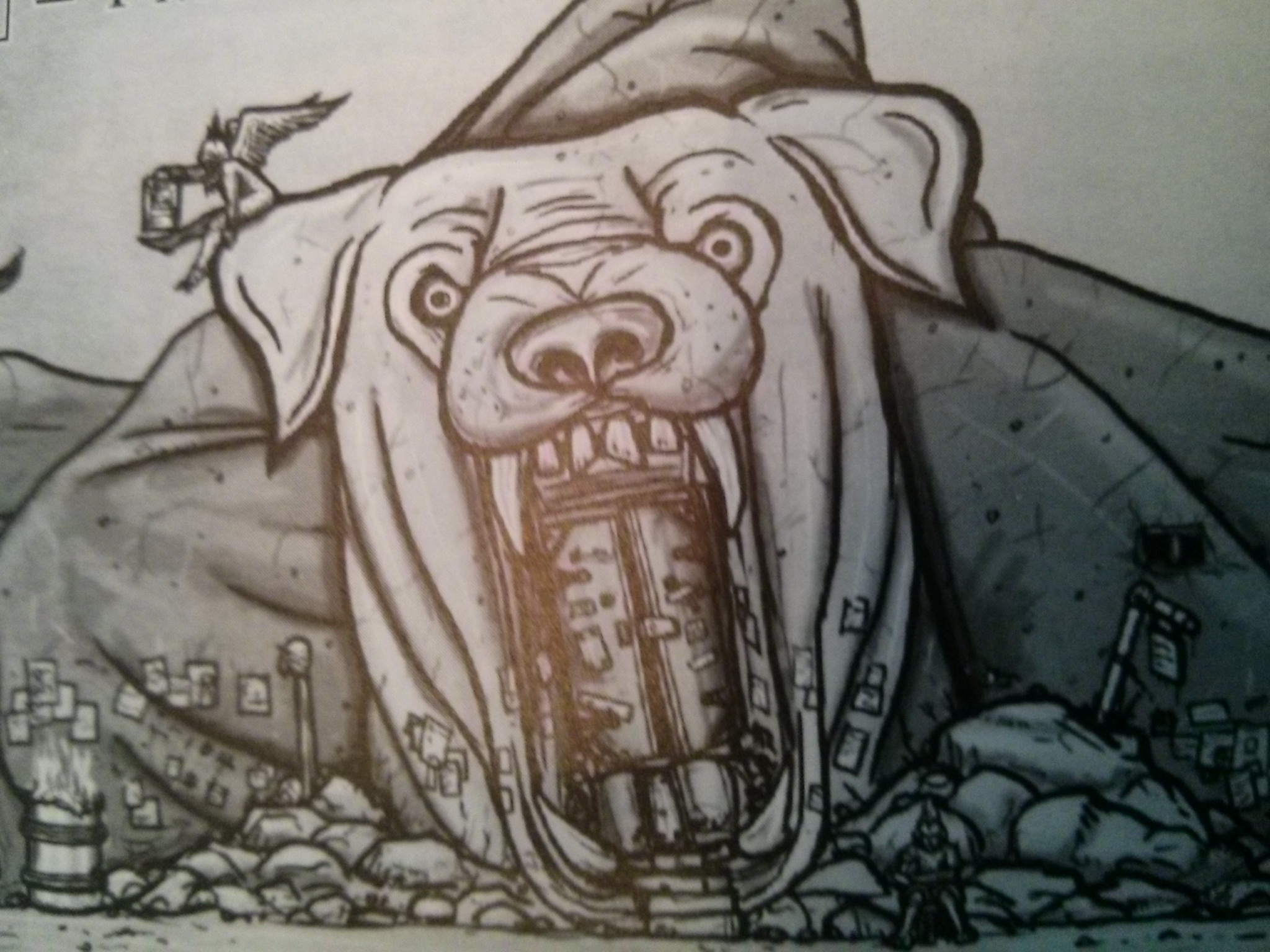 The Cell next went back to their favorite Middlehive watering hole, The Barking Saint, Arion looking for his contact Mergildo. They didn’t find him but received a message left there by him for the Cell, acknowledging their success with Rolando’s demise, informing them that Theodosia was a “holy man” on Ambulon & that they should definitely stay in touch, listing a contact #.

Acolyte Bassi quietly sent them a message that he’s learned that they’re associated with Inquisitor Karkalla & to let Bassi know if he can be of assistance in the future.

The Cell went to Septimus Dexter’s university office to report in, where they recounted their tale, all of them sifted through the information, new and old, and they asked him to look into some of the information they’d brought back. Something about Mergildo’s name obviously had him in thought.

Not long after, he contacted them with results of some quick inquiries:

The Cell brainstormed on how to access this storage room while not revealing that the Inquisition had been involved. They decided to take up Acolyte Raneiro Bassi on his offer of assitance and contacted him from Dexter’s office. Bassi’s given them the technical services of one of his staff, a Tech-Priest named Bautistum de Cespedum. The Cell instructed Cespedum to shut down the power to the storage unit at a precise time.