The Room with Prison Cells

The Acolytes were in the cleric living quarters with two in custody. The Cell’s psyker ended the life of one.

Arion went out in the temple courtyard to calm an agitated crowd of locals & for a discussion with Talus, the member of the so called Living Saints they’d met. The Cell’s assassin called for the Strictionists to be fetched & Talus attacked, hitting him with multiple dark clusters of cracking warp energy. The injured assassin quickly dashed back in through the door he’d just come from. 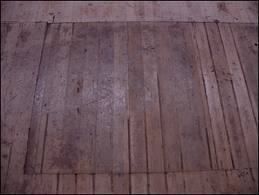 pile in. Trantor, continuing to be bothered by the existence of the one empty room, searches & finds a secret door in the floor for the Cell’s escape. With the assistance of their remaining captive, a key was found, the door opened and Trantor and Odessa went down the hole. Intios & Arion soon followed, the Cell’s last captive escaping in the mayhem behind a bizarre wall of faces.

The group discovered an underground room with cells in it and machinery connected to those cells. They found a hidden short list of names in one of the cells. While they were exploring the room & trying to unlock the one other door, they were attacked by a number of clerics. They killed two and went in pursuit but then decided to reverse course and go through the door finally opened by Intios.

That door led to stairs up and a messy room of desks and file cabinets. The acolytes went through some files for a short time & then decided to proceed deeper into this office.

[Intios: Upon settling into Recompense, we were invited to dinner by Governor Everlast. Prior to the dinner, our team decided to take a closer look around at a temple next to the quarters we were using. We could hear songs being sung by the locals as their service was in progress. There was a locked door leading into the back of the temple, which we broke in order to gain entrance. This seemed to be living quarters for the local clergy.

Our psyker, Odessa, sensed a high amount of warp energy coming from one of the rooms. We gained access to the room to discover one cleric within. Odessa could not pinpoint the location of the warp energy but it was most likely from this room. As my fellow acolytes begin questioning this cleric, a man opens the door from across the hall and demands to know what all the noise is about. We quickly grab the second cleric and head to the end of the hall, checking for anyone else who may be in their rooms.

The last room at the end of the hall opened up to be what the clerics called their shrine. There were portraits of 5 people who were described as living saints. Our tech priest, Trantor and Odessa continued their questioning of the two clerics. Our assassin, Arion and I decided to check on the front door we broke through. We could clearly hear sounds of a crowd outside the door. Arion walked outside and then a few moments later, he ran back in and told me to barricade the door. Apparently, Talus unleashed some sort of psyker attack on him. I went to the living room area and pulled a bookshelf towards the front door.

As Arion is trying to hold back people from coming in, Trantor said he found a trap door in the empty room. Apparently the interrogation did not go well because the first cleric was killed by Odessa. With the help of the second captive, we open the trap door and call everyone to drop through. We followed the dark tunnel into a large room that opened up into what looked like a prison. There were six cells within the room and in the middle, was a large machine with cables running into each cell.

Under one of the latrines, I found what looked like a manifest of six names. A seventh name was not discernible. This manifest had a date of over 20 years ago. As Trantor was trying to operate the large machine, two clerics come through the door and were quickly disposed of. Trantor told us to shut down all light sources so that he can use his infrared vision. A quick check of the original tunnels showed that we were not being pursued.

We decided to push forward into the new tunnel. After blowing off the lock, we walked into a room filled with documents, many spread out all over the room. We do a quick search of the room and it seems like we are in a Strictionist office. Without having much time to delve into the files further, we decided to keep moving.]

Take Me to Your Leader Ok, so who ISN'T a psyker around here?