Planetary Governor of Hesiod's Wake, a planet on the Trailing frontier of the Calixis Sector

Since the planet’s initial colonization, Hesiod’s Wake has known only a single, unbroken line of rulers. The Kathrinkas have maintained strict oversight over all of the planet’s assets, consistently keeping the population stable and providing the required Imperial tithes. With one exception 200 years ago (Marduk Kathrinka), up until the isolation began twenty years prior, the world consistently returned the appropriate tithes.

The city of Recompense was the first location settled when the world was colonized. Because of the planet’s lack of indigenous threats, most of the colonists swiftly expanded outward, establishing communities where land was freely available. Those that remained established a city devoted to overseeing the planet’s domestic government, in addition to handling the collection and delivery of Imperial tithes. Hardly a large community by the standards of other worlds, it remains the largest population centre on the planet. Most of its inhabitants are directly involved in government, religion, food distribution, or serve as part of the Hesiod’s Wake’s security forces.

Since the time of arrival, the Kathrinkas family has maintained planetary rule. Initially, this was by right of the fact that they were the leaders of the colonization effort. In time, the regional Administratum offices confirmed the lineage as planetary governors. Over the centuries, the heirs have been a mixed lot. Some were more devoted to the Ecclesiarchy or their own personal gain, but only one earned the Imperial notice. When Marduk Kathrinkas failed to deliver the tithes roughly 200 years ago, the sub-sector directed a purge that eliminated him along with seventeen percent of the population. Since that time, all were successfully collected.

The Kathrinkas family has direct control over Hesiod Wake’s security forces the Strictionists. These serve as the domestic overseers, and it is their primary responsibility to make certain that proportionate tithes are obtained from all agricultural efforts. Their secondary role is to see to the prosecution of any crimes – especially those that might interfere with productivity. In addition, the Hesiod’s Wake Sworn Protectors exist as the planet’s defence force against any external threats or major disturbances. 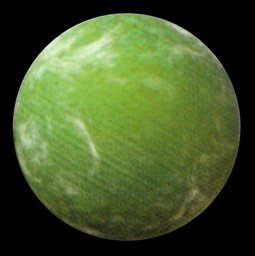