The Guljian family was a shadow of its former glory, having lost much of its wealth and standing in the eyes of the other nobility. Lans Guljian resided in a manse situated at the lowest level of the Spire – meaning that in the eyes of most of the nobility, he was little better than a merchant prince or wealthy gentry of the Upper Hive. Rumours of Guljian’s strange behavior had circulated amongst the nobles with the the Spire.

The Sciscitatio Task Force arrived to see if the Lord of House Guljian was perhaps involved with their investigation of warp tainted Cold Trade products…they got more than they bargained for. Lans Guljian ripped out his own eyes in a fit of madness and perished in their company. However, not before he revealed where he had obtained a black orb in his possession of obvious xenos manufacture that temporarily threw Odessa into a maddening warp trance. 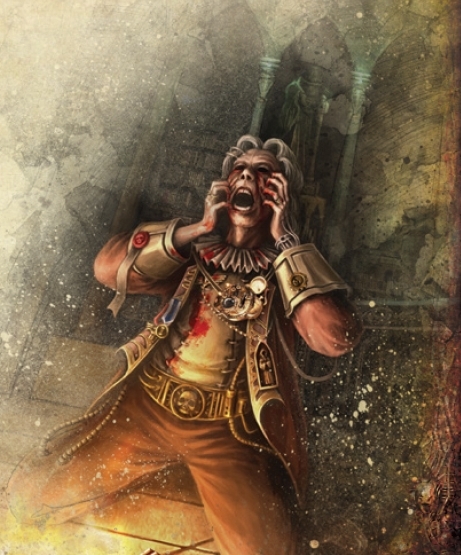