The Cell first encountered this individual at their scheduled meet with Vorlin Orday (Deceased) in middlehive marketplace known as The Hustle. Theodosia killed Orday & took the case containing the information that he was going to sell to the Cell. The acolytes wounded the robed figure but the battle with, who appeared to be, his minions allowed him to slip away. Arion noticed a shiny melee weapon on his belt that he’s seen visions of ever since.

The Cell next encountered him during their infiltration of The Alabaster Court of The Joyous Choir. Terlian Cascius saw him enter by the employee entrance & eavesdropped on his conversation with Caros Shoal. Arion then walked in on those two having a heated discussion.

The assassin then made a deal with an individual he met at The Barking Saint in the middlehive of Hive Sibellus named Mergildo, to learn Theodosia’s general whereabouts. That purchased answer came back – Ambulon. 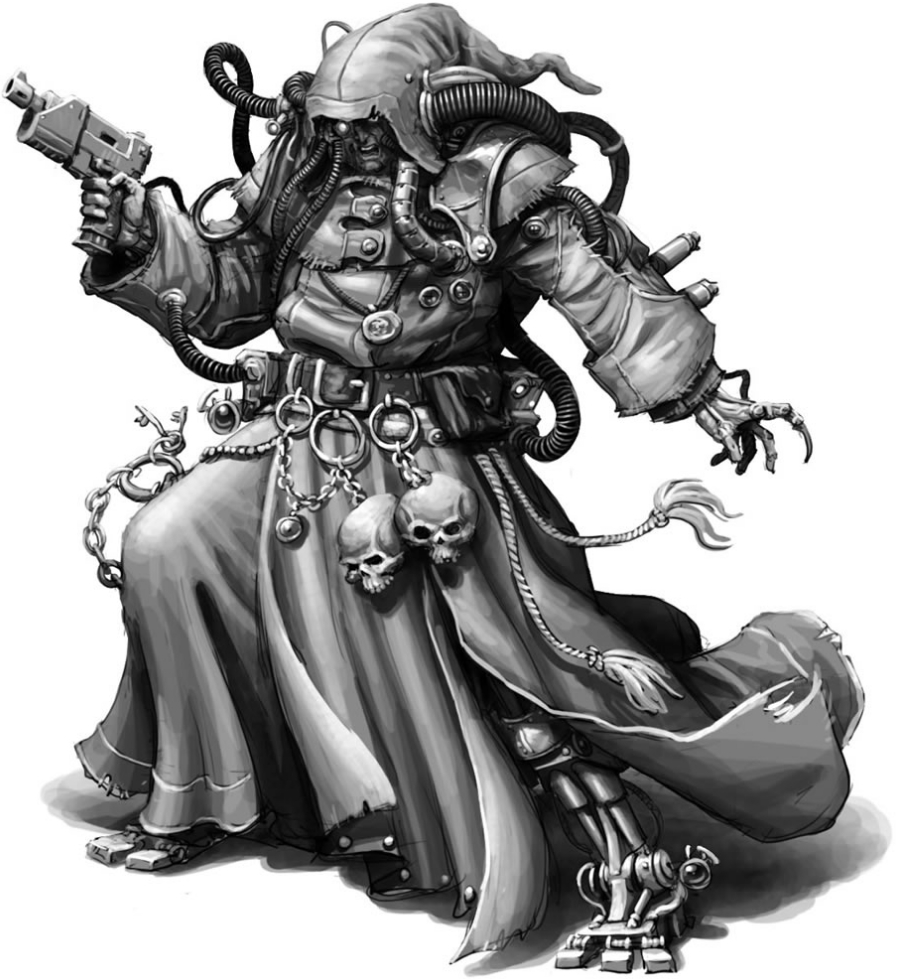